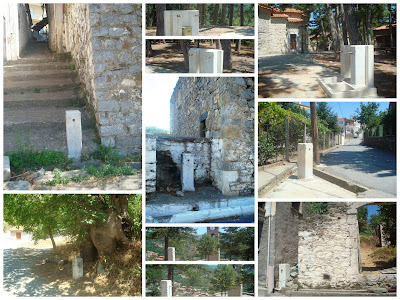 A photo collage of the old Marble pillar water taps spread around the village to supply water before water became available to all individual households in the late 1950's. These taps apart of being water supply spots also served a social function as they were meeting places for the women to catch up on the social news of the village. ( Koutsompolio, Gossip news)
These days a few of these taps remain in their original locations while a few of them have been relocated to spots where the locals think they can serve a current need ( the grounds of the school, Agio Konstandino and the Roloi). In our opinion most of these can be reactivated and be renovated and cleaned to provide water for the traveler that passes through the village as well as reconnect with the past recent history of the village. The missing ones such as the one in the "Steno" should be reconstructed in their original position and the immediate surounding should be configured and landscaped to provide a resting place for the users and pasers by.

Panoramic photo of Karyes village taken from the new motel the "Arhontiko tou Parnona".
--------------------
We invite anyone with photos or stories of the village and its people to please email them to us and if appropriate we will upload them in our blog page.
Posted by Karyatis at 15:09 0 comments 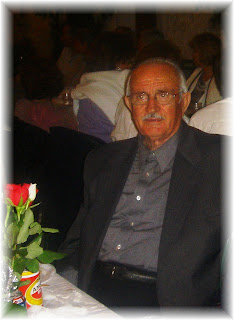 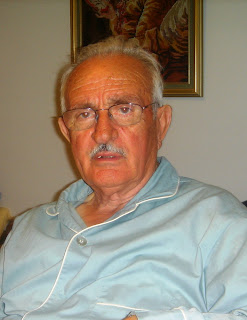 One of the best known and loved Karyates Christos Lassos has passed away at the age of 87 years old in Karyes on the afternoon of Wednesday 17th September 2008.


He was born in 1921 in Pentalofo of Kozani, but from a very young age has lived in Karyes where his parents Thanasis and Eleni had come as internal migrants in the twenties to work as contractors in the building trade.
His parents and thio Christos along with his other brothers and sister loved Karyes and decided to make it their home. He attended the local primary school and later continued with the family tradition in the building game as a painter and general building maintenance technician as he was excellent in resolving general building problems.
In 1950 he got married to a local girl Eleni Sarris and they had two children George and Toula. He lived all his life in karyes the village that he loved as his own and the village that loved him as one of the best Karyates.


Our warmest condolences to his wife Eleni, his Son George and wife Sofia Lassos, His daughter Toula and husband Ted Diamantouros and all the grandchildren Eleni, Yiota, Christina, Vivian and Alexis.


Uncle Christos, Long live your memory and God rest your soul.
Posted by Karyatis at 19:44 0 comments

Email ThisBlogThis!Share to TwitterShare to FacebookShare to Pinterest
Labels: Κοινωνικά 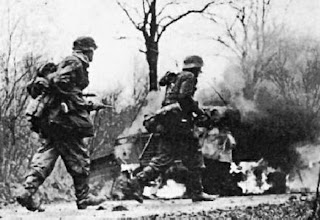 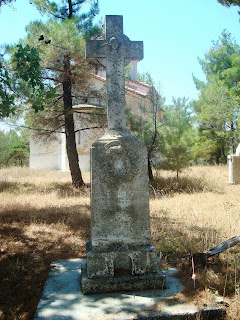 Email ThisBlogThis!Share to TwitterShare to FacebookShare to Pinterest
Labels: Ιστορικα 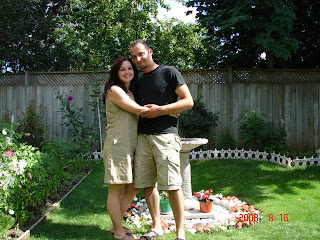 We would like to congradulate Jim Leventakis and Kathy Barotas on their recent engagement announcement! 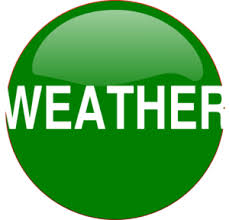 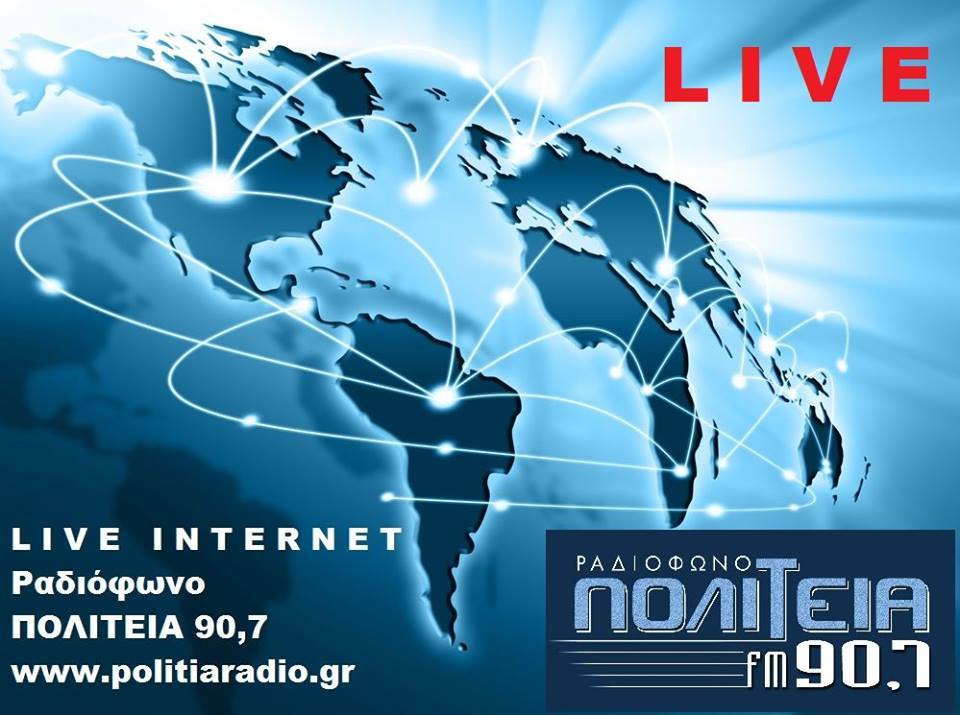 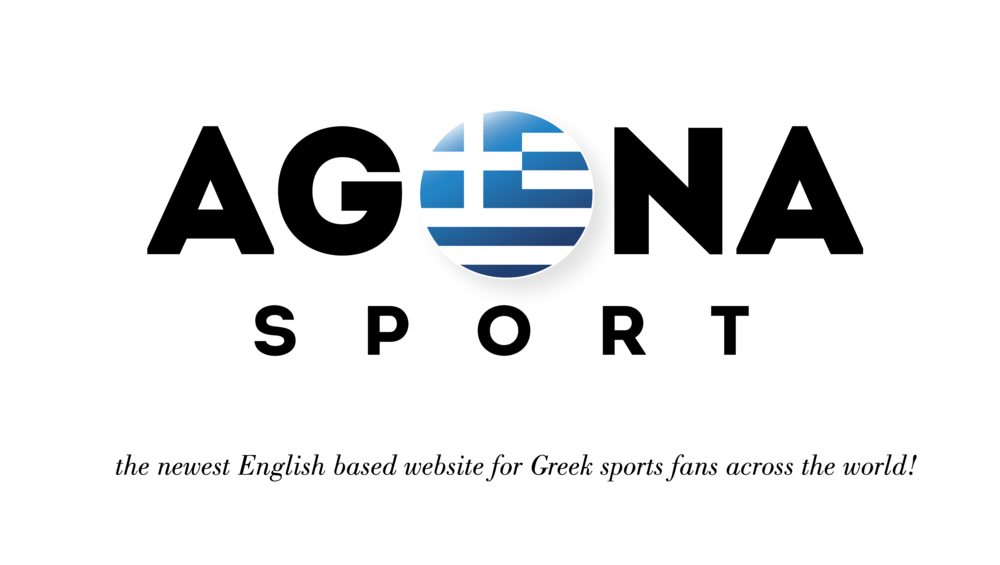 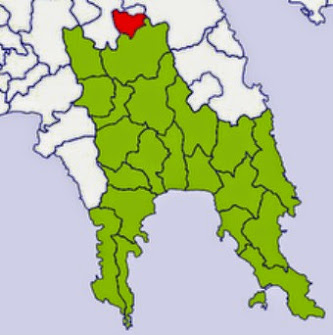 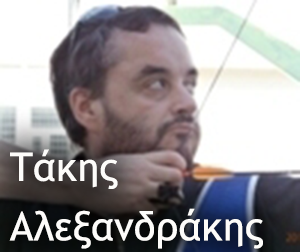 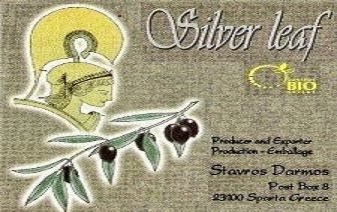 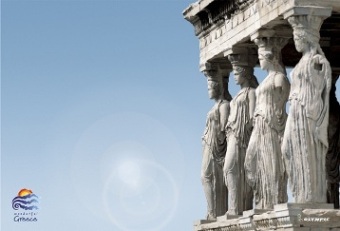 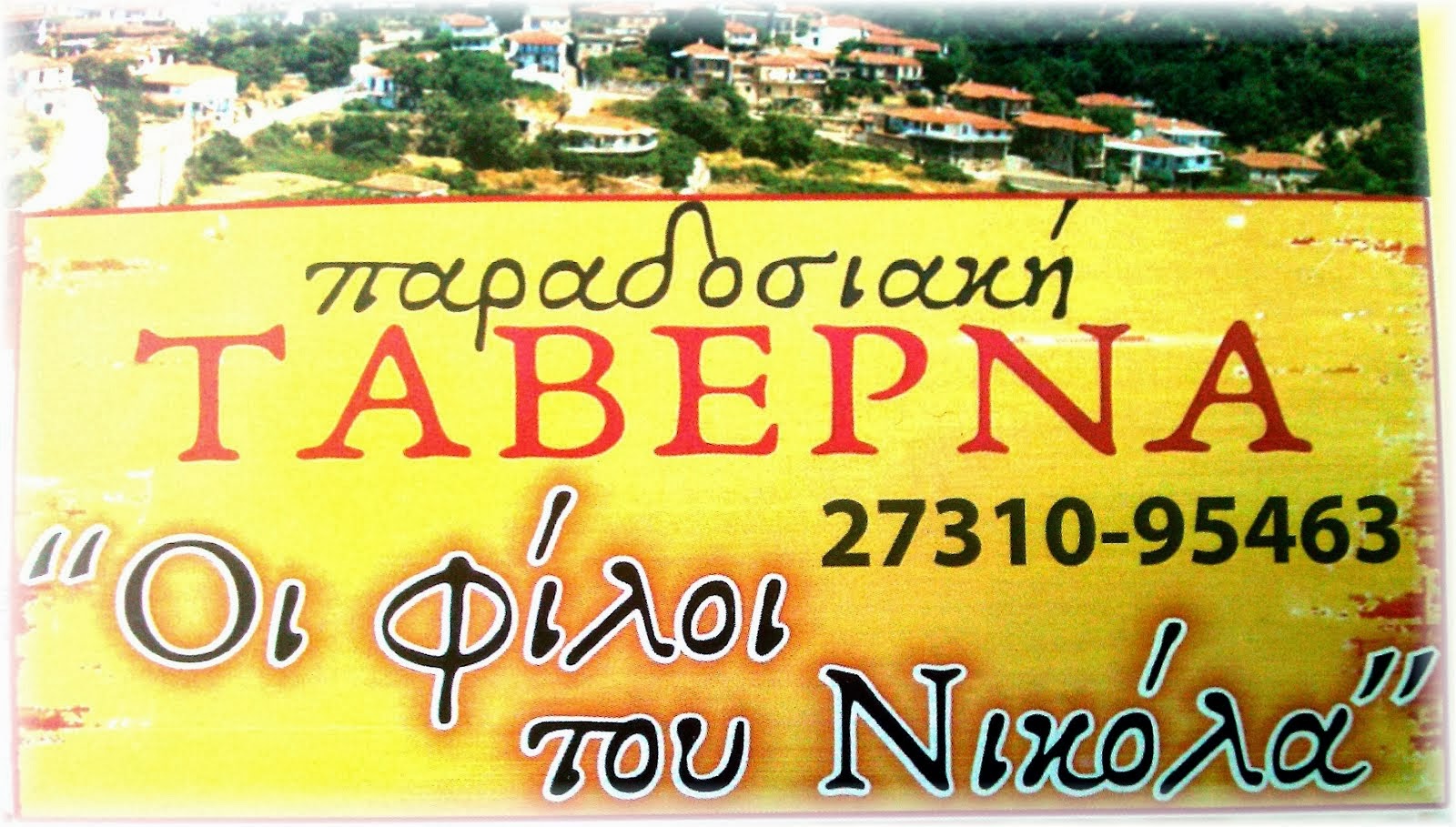 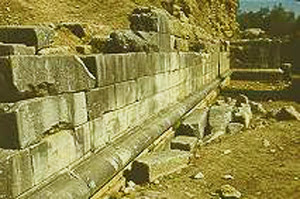 You are visitor No: